When Daddy is away... the mice play!

Brendon went away on youth camp for a week... I was pretty much hyperventilating just thinking about it! How was I going to handle 2 kids by myself for a whole week? I think I had worked myself up about it so much that it really wasn't as bad as I had made it out to be in my head! LOL! In addition, I found out that we have some pretty awesome friends that were really there for me!

Sunday night, Janelle invited us over for dinner as her husband was away for this week as well. I am so inspired to be around her... she loves life, loves her husband, loves her kids, very creative and an incredible decorator/ designer! In addition, Daniel LOVED hanging out with her two older kiddos.... he learned lots of big kid games so he thought he was BIG stuff!

Monday morning, I went to Body Combat then met Shannon at Chandler's Sand and Water Day! However, it is way too hot to be outside right now!

Then Monday night my parents had us over and who do you think stole my dad's heart??? 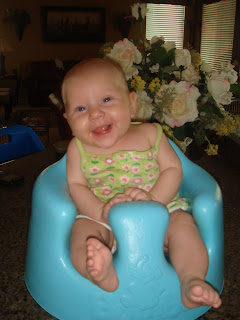 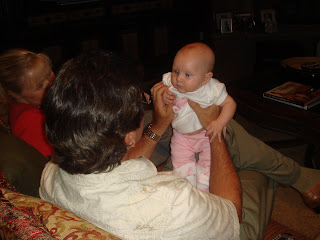 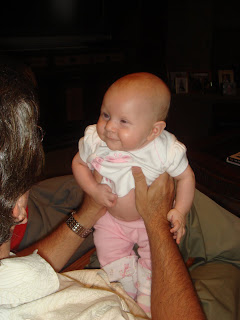 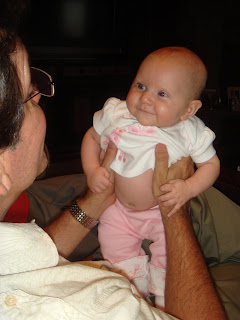 Tuesday afternoon we had a lunch play date to meet all the mom's and kiddos in Daniel's preschool co-op! Tuesday night we had dinner with my parent's again=) It was nice not having to cook either!

Wednesday morning, Andrea asked if Daniel wanted to come and hang out with Zander for an all day play date???????!!!! This was his first one ever! I got tons of work done that day then that night went over to the Haymon's for dinner and to get Daniel! Of course, it was really nice hanging out late and chatting over coffee with Andrea... love my girl time!

Thursday morning was Asher's 3rd birthday party/ brunch and it was super fun! Good food and even a cool "pull string" pinata! Daniel was totally ready with his goody bag to get the treats! He was very specific about the treats... ONLY lollipops! Kristy then asked all the kids for the goody bags back after the pinata so she could put more stuff in their bags before they went home! Daniel did NOT like that idea... he thought she was taking it away and I explained he would get it before we left... the rest of the time we were there, he kept asking me to leave! What a stinker! 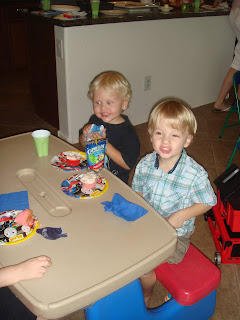 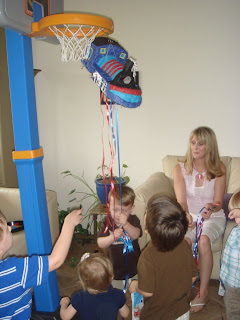 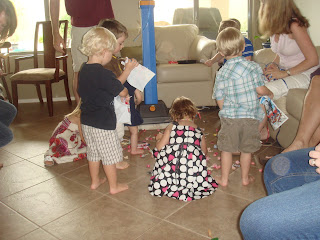 Then I dropped the kids off at my house so I could go back to the doctor for my annual check up! Thank God I do not have to go back to see the OBGYN until next year!!! I have been seeing him for almost a year straight... either on a monthly or sometimes weekly basis and I am done with those visits!

Thursday night we did Chick-fil-a with my mom for dinner so NO COOKING for the whole week!

THEN.... Friday night my HUBBY came back home... wohoooooo!!!! We got to end our incredible week by going to a D-Backs game and out to dinner while Auntie and Uncle watched both kiddos! We even had FRONT ROW seats at the game... thanks to my friend Tammy and I heard we were on TV a lot because everyone around us kept getting texts from their friends, etc saying we were all on again! It was a great game too!
Posted by Danielle, Brendon & Daniel at 9:29 PM