So, last year at Daniel's 2nd birthday party, my girlfriend was going to announce that she was pregnant and I was planning on making the same announcement so we kind of said it together=) We were only due 2 days a part... except her water broke at 27 weeks! She was in the hospital for 6 weeks and he was born at 32 weeks then he was in the NICU for several weeks after that... today he is a healthy and happy little boy! Finally the two of them together out of our bellies! This was at his brother's 3rd birthday party so it has been almost 1 year since our big announcement=) 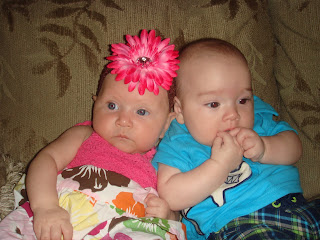 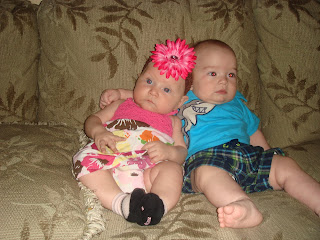