A Visit to Santa

One night we met up with our friends The Haymon's and The Harb's and went to dinner then went to The Bass Pro Shop to get pictures with Santa then we went to some neighborhoods that are well-known for their amazing Christmas lights and walked around those!

Last year Daniel was TERRIFIED of Santa but this year, I had talked to him A LOT about Santa and he was very determined to be brave around Santa because he knew he had to ask him for a racetrack which he was very desperate for=) However, when our turn came and Katelyn decided that she wasn't crazy about the man in the red suit which made Daniel nervous... and I was about to burst into tears because God Forbid! I didn't get a good picture with my two babies and Santa! 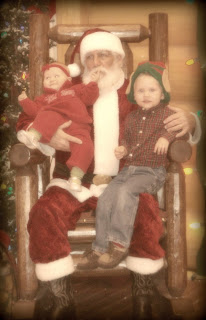 Whew! 30 seconds later they both warmed up to him and snap! snap! snap! We got some pictures... the professional picture turned out great and it is in their scrapbook now! 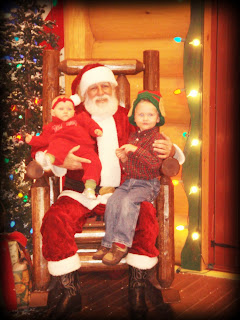 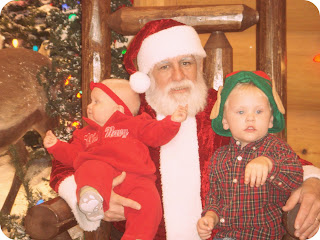 Daniel even ran back to give Santa a hug! This kid has come a long way - LOL! 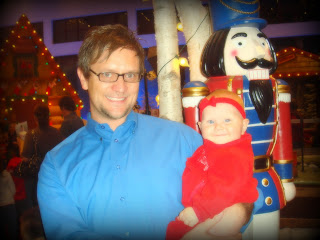 Daniel checking out some "cool toys" 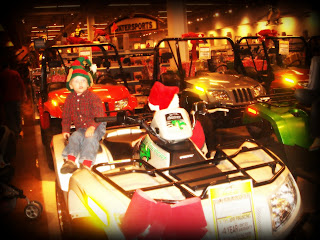 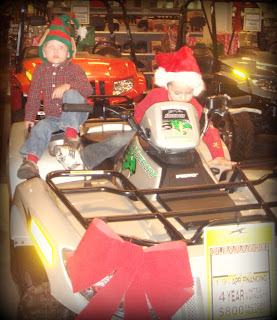 Bass Pro Shop will definitely become a tradition of ours... not only are the pictures with Santa FREE but they have a whole Winter Wonderland set up with a Slot Car Racing Track, an Electric Train Set, a kids' shooting range, craft stations for the kiddos, and let's not forget how amazing the actual store is itself for these kids with all of their stuffed and REAL wildlife!

Then, we had did some research on neighborhoods that have great Christmas Lights and we hit up those which was so fun (no pics!)... the best part was how warm the night was! Last year we had to bundle up to walk around the neighborhoods to see the lights... this year there was no complaining from this thin blooded Arizonian when a long sleeve shirt totally sufficed=)

Totally a fun night with tons of Christmas Cheer!
Posted by Danielle, Brendon & Daniel at 9:29 PM