August 2nd... we said Good Bye to my husband as he made his 40+ hour car drive to Ocean City, NJ!

I was in SOOOOOOOOOO much pain from all of the intense moving so that morning my mom and I went to Yoga at our gym.  It felt amazing!  Then I saw Cara (a joint pain specialist) who did a DTS session on me and after that I felt wonderful!  However, my mom didn't stop there... she thought we needed spa pedicures from Dolce... so, off we went!  Talk about the perfect day after the July Chaos!

The next day was our sweet boy's 5th birthday!  Thank God we celebrated it earlier!

That night my friends did a "Going Away Bash" for me!  Good Times! A lot of the pictures turned out blurry so this is what made it:) 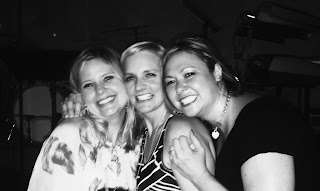 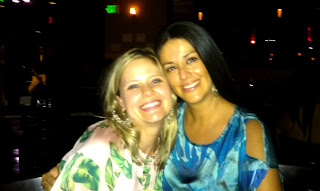 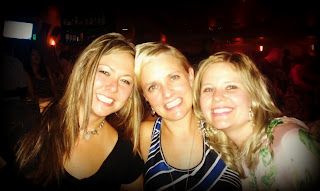 The next morning, there was no rest for the weary!  Since the moving truck had come, Brendon had left... we realized there was a lot more that had to go... like A LOT!  Just stuff that didn't get packed in time, stuff we decided not to pack last minute, etc.... I tried calling several charities to see if they would pick up my garage full of stuff but they were talking about picking it up a week or two later.  I needed it gone ASAP!  So, we had another garage sale!  The kids stayed at my sister-in-law's house and my parents helped me do another one and it was very successful!  We got rid of everything!

Then I ran home, got ready and the kids and I headed to Asher's 5th Birthday Party! 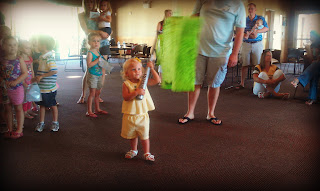 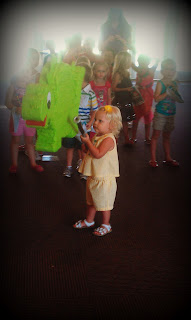 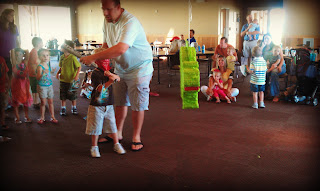 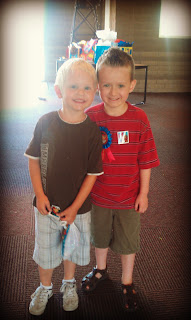 Saturday night was out for dinner....

Sunday was my last Sunday at Christ Life... wow!

After church, Daniel wanted to have lunch with his bestie Zander so we all went to Garcia's! 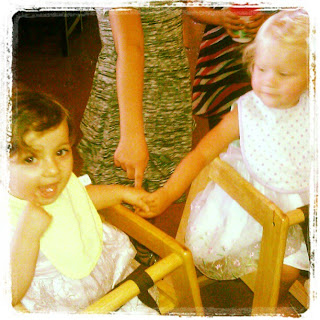 Katelyn and her friend at Garcia's!

Then that night, we went to Chuck E. Cheese's!  A last memory with my parents in Phoenix and another later birthday celebration for Daniel! 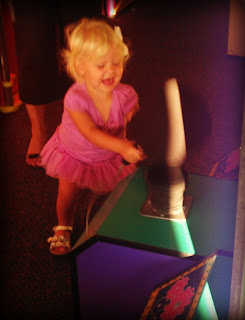 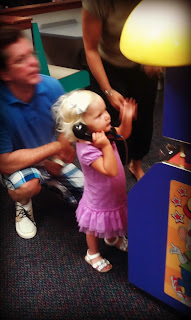 Grabbed Dinner... then went to bed... the last night in Phoenix....

Next day, we ran some last minute errands... grabbed lunch and took the kids to a trampoline place so they could burn lots of energy before we left on the plane!

Leigh Anne and Aaron met us at the airport to say "Good Bye!"  Of course, it was eventful, we are sitting down in this little area and a very nicely dressed guy is next to us and that is about it.  There is a police lady walking around with her security dog and I am like why does she just keep walking around us over and over.... all of a sudden the nicely dressed guy next to us starts talking and I realize he is dropping the F Bomb a lot AND he is talking about my kids... so you know this Long Island girl is not shy so I told him he needs to keep quiet.  Well, he proceeds to get louder and literally within seconds, the whole area we are in is surrounded with Phoenix Police Officers.  That lady with the dog called it in and they handcuffed him and took him away... the guy was sooooo drunk he had no idea who he was, where he was or if he was supposed to be going somewhere.  This really nice young guy walked up to me and thanked me... he told me he had been sitting in my chair earlier and the guy started grabbing him so he told the police officer but she couldn't do anything about it!  But when the profanity around children happened, she had enough of him!  Daniel thought it was a great show!

So, as we say our good byes and I am walking hand in hand with my babies through the security line... bawling my eyes out!  I was thinking, "Yes, I am that girl that everyone is wondering my story right now."  I was also thinking, "Oh God!  I can't believe I am doing this!!!!!!!!!!!"  This is for real.... however, I had so much courage and peace to keep stepping ahead knowing beyond a shadow of doubt that this was the right thing!  Daniel was SSSOOO excited for his plane ride and this was Katelyn's 1st plane ride... they did really good! 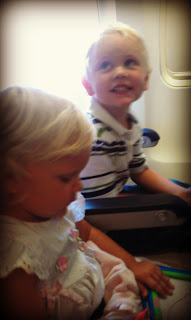 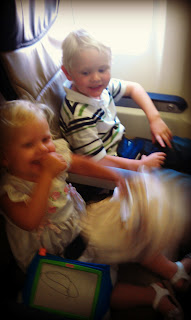 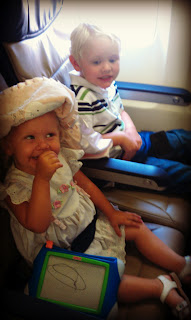 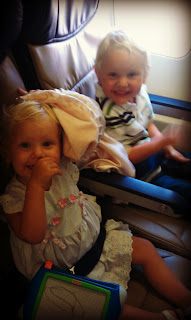 There was another 2 year old on the flight across from us and he wanted everything my kids had brought and were playing with so to keep peace on the plane, we shared our stash with him the whole 4.5 hours!  My kids didn't sleep 1 minute.... and the last 30 minutes was awful!  They started fighting and having break downs that they wanted off the plane immediately!  But not bad considering!

So, Brendon left on Thursday morning... he got to my sisters house Friday night and spent the night there and left again on Saturday and arrived in New Jersey on Sunday night.  We arrived Monday night and he picked us up!


Some pics from his visit with my sister: 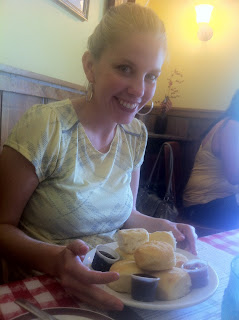 They went to breakfast at Loveless Cafe... I am not sure if those were all my sister's biscuits but I wouldn't be surprised... she is eating for 2 now! 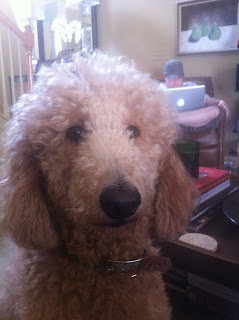 And, of course, a picture of their 1st born child!
Posted by Danielle, Brendon & Daniel at 6:31 PM